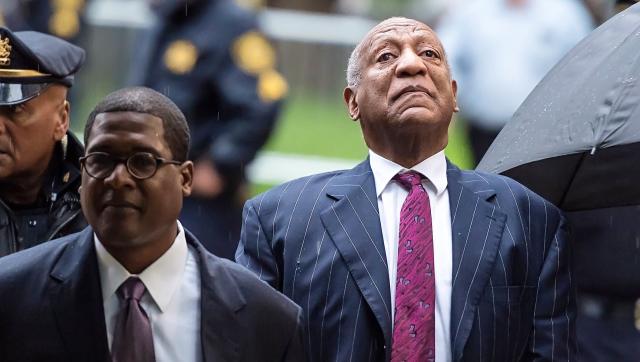 Bill Cosby believes the 5 women who testified against him during his second trial should have never been allowed to be heard by the court.

According to the appeal filed by Cosby, and obtained by The Blast, the disgraced comedian filed documents in the Superior Court of Pennsylvania and argued that the testimony allowed during his second trial, by five women accusing him of sexual assault, was not relevant and should not have been used for a conviction.

Cosby's legal team argues the testimony was "strikingly dissimilar" to Andrea Constand's testimony during the original 2014 trial, and believe that the ultimate "conviction was not based on any credible evidence that he actually committed the crimes for which he was on trial."

The appeal was filed weeks after Pennsylvania Judge Steven O'Neill, in a post-trial memo defending his actions, said the women's testimony showed "chilling similarities" that pointed to a "signature" crime against Cosby.

As we reported, Cosby's wife Camille has been outspoken against Judge O'Neill, claiming "Judge O’Neill, with a great deal of help from the media, has tried to turn Bill Cosby into one of the most insidious stereotypes of African American men…the brutal, black buck."

Meanwhile Cosby remains by bars in a Pennsylvania prison serving a term of 3 - 10 years.

While inside, the 81-year-old has been mentoring other prisoners and holding classes he calls "Man Up." We're told he holds 15 sessions per month and encourages fellow prisoners to learn a job or trade before re-entering society.

Reps for Cosby tell The Blast, "Today, will be considered a memorable moment for Actor & Comedian Bill Cosby and his family; but most importantly, this will be an historic period for ALL American Citizens of these United States, who have been wrongfully convicted of a crime, without any proof."

The statement continues, "On this date, one of our Great American Treasures [Bill Cosby]...was finally awarded the opportunity to file his appeal with the Superior Court of Pennsylvania. This filing is an important step in ensuring that Mr. Cosby receives a hearing from a fair and impartial court. The Constitution guarantees that right to Mr. Cosby—and to all Americans—and he looks forward to securing justice in the court of appeal."

Camille Cosby also released a statement that, " America will be great when it fulfills the last four words of the revered Pledge of Allegiance ... 'and justice for all.'"